Lambs frolicking in the meadow,
learning adult skills, never
picking up on the farmers true
wills, the slaughterhouse,

Louse, ticks, all manner of tiny
beasties, the drench, the paddle,
the farmer knows what he’s doing,
the ewes not given any clues.

Ewes live a full life, not knowing
what is hiding around the corner,
until that day they’ll play, follower
the leader, a game one day they’ll rue

True for some, they will not know
that that lorry will take them
to the market where they will be sold
for meat, for their lambs same plans.

Lambs, now segregated, rams are moved
On, new pastures their destination,
If lucky, those that are left behind,
The ones you see now, are those
Lambs frolicking in the meadow,

Rules:
Any line length, no set number of lines and no meter. To make the serpent, the last word of each line rhymes with the first word of the following line with the last line being the same as the first, so the serpent eats its own tail. The last part is the tricky bit.

My Serpent weaving itself down the page where it ends up from where it started, hope you like it Jane Many thanks for the introduction, had fun, love the form. To all asspiring poets and those after inspiration, give Jane’s new form ago, pop along to Jane’s site hiss where the links will take you. H i s s s 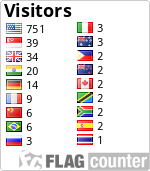